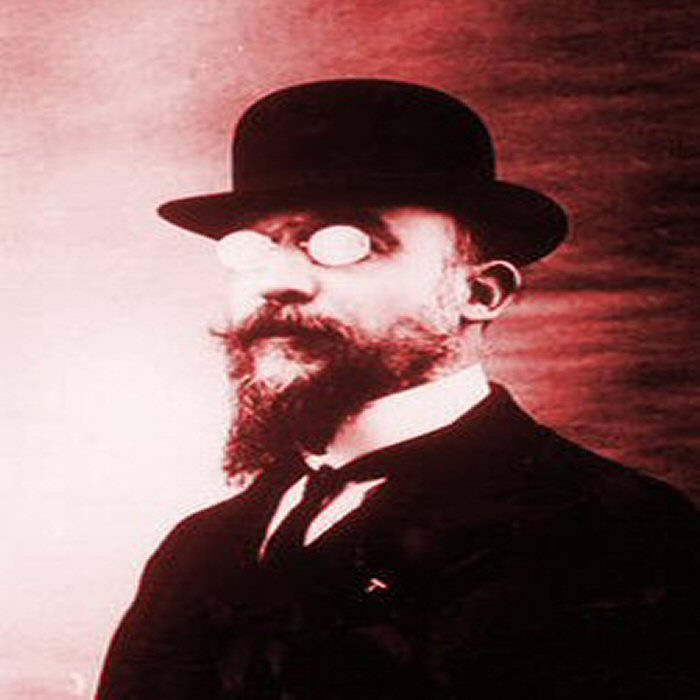 I have carried the music of Erik Satie within me for decades now. I cannot honestly remember the time I first heard it as so much has permeated through our multimedia society to such an extent that a world without Trois Gymnopedies I or Gnossiennes II would seem downright weird and unusual. All I can positively remember is his music being used to advertise drinking chocolate some time in the 1970s in the UK; it probably entered my conscious sphere then. But the moment it did, it came as a revelation ... the simplicity of the call and response of the bass and chords ... the sinewy flow of the melody ... the subtle melodic alterations from one instance to another ... and overarchingly, the leisurely pace at which it wove itself into your head. Foolishly my six year old mind must have thought 'hey...I could do that ...' because it landed there and became a fundamental part of the internal soundtrack that all of us use to colour our dull lives at their most colourless.

My first adult pay packet was spent on a Marantz tape deck, an Aiwa amplifier, a Pioneer turntable and a used copy of a boxed set of Satie's complete piano works, plus a cassette of Debussy's orchestrations for Gymnopedies. My mother was quite justifiably furious; she didn't get her full digs off me that month and didn't speak to me for some days. To my simplistic and self-concerned mind that just gave me more time to immerse myself in the enormity of my discovery and play my way through all six of the records (which was not actually as complete an account as the much pored-over and absorbed sleeve notes indicated) in relative peace. One day during our conversational hiatus she knocked on my bedroom door to ask what it was that I was playing as it was so beautiful. My mother's digs were paid on time from that day onwards - I had learned a lesson from her.

And she nailed the description perfectly. Satie's music is clever. It's subtle. It's inviting. It's sensuous. It's almost other-worldly. But she got the word in first: above all else, it's a thing of complete and perfect shimmering beauty. No wonder they use it to advertise soap and cars and toothpaste and razor blades and holidays and chocolate drinks and hair products. Even if the thing you're thrusting upon people is a cheap piece of glitzy garbage it's going to seem beautiful if you overlay artistic photography with anything from Sarabandes. His music almost reeks of sex, but never in a way that would make you suspect motive or personal preoccupation. You might want to use the music for romance, but it's so distractingly wonderful that you might lose the thread of what you were doing in the first place.

And it's not just the beauty of the pieces that captivate me; it is those extra-terrestial qualities that are so utterly bewitching. Faure, Ravel and Debussy are marvellous enough, but Erik Satie stands apart from them all, 'thumbing his nose at the great aesthetic and artistic preoccupations of the day', as Jeremie Rousseau so accurately noted. The melodies never quite fit within the norms of major and minor, nor even within what one expects from a key. Accidentals come and vanish faster than the realisation that what you think you heard was not actually what was played. Was that part the same as the last time? Or was it played once more? Or once less? And where did he learn those harmonics from? Could all of this really have come from within the head of man who earned a living playing piano in a cabaret?

Of course it did. He just knew how to soak up what he heard better than anyone else. Play Ogives and I hear Gregorian Chants almost directly, in the same way I can hear the solitary figure of young Robert Johnson deep within the music of Led Zeppelin. This man was using fifths and ninths like no one ever dreamed of using them before. Sure he went to the Paris Conservatoire, but he was a mediocre student at best and had to go for musical re-education at the Schola Cantorum under Roussel; he even upped the ante by giving his very first compositions Opus numbers 62 and onwards to make him seem more musically mature than he was. He really need not have bothered.

So why am I doing this? Catharsis? Perhaps it is. When I heard that tape of Debussy's orchestration of Satie's work I was given a lifetime's inspiration to do something inside the frame of Erik's work. It is only recently that I have been mechanically able to do this; it has been in my head since I was eighteen years old and earning a wage at a tedious occupation. Maybe cabaret pianists feel the same way when they hanker for music that is in their heads and hearts rather than on the page in front of them. All I know is that I love this man's music more than just about any other and want someow to be a part of it, however vanishingly.