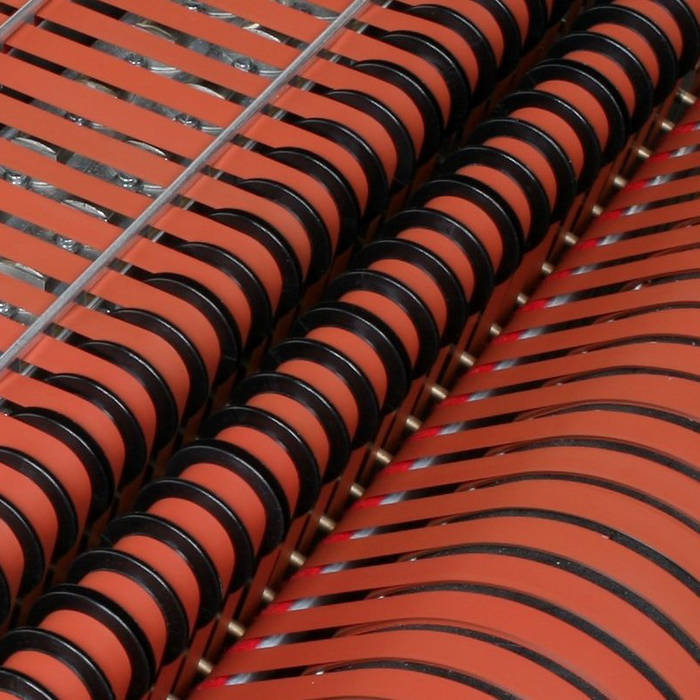 This has been something I have been planning since I first got my hands on a Mellotron in 1998, via a chance meeting with Martin Smith and John Bradley at the playback for King Crimsons's The Night Watch in a hotel near Hyde Park. It has been a long time coming, between acquiring tape sets, getting the mechanical process of being able to play the (occasionally) stubborn brute, knowing how and when to pedal on and off, knowing the notes to avoid at all costs, knowing which chords sound the sweetest, knowing which inversions work better than others, knowing which voices can be used together...

Those not in the know may scoff at such fanciful notions, but a Mellotron is more than just a dead box of thirty five little tape players linked up to an amp. Woooaaah no. If it were as easy as that then there wouldn't be a breed of roadie out there who recoils in horror when you tell them you used to take these creatures out on gigs with you. What they are not is predictable. Maybe more predictable than their somewhat unfairly tarnished tatter of a reputation allows at times, but nevertheless there is always an element of 'what will it do this time?' when you twist on the little red switch. Sometimes it plays like a charm. Other times it seems to forget that the tuning it liked last time isn't the one it's happiest with this time. Sometimes there are notes that sound quite right together one minute, but when played later sound utterly wrong. The attack and sustain on a note on one playing will sound great and on the next will sound a little different. The stories are legion; the best advice is to disbelieve the worst stories and treat the very best with an equal amount of suspicion. As with everything in this world the answer rather uninterestingly lies someplace in the middle. It's finding just where in the middle that is the engaging experience.

One great Mellotron lover named Julian Cope (a man who I am led to believe Googles himself regularly, so let's all wave at him now) once described himself as a 'righteous Mellotron user' but conceded anyway that they were 'breathing instruments'. Julian has the benefit of being more experienced than some and weirder than most so he probably knows what he is talking about. All I can say is that his assessment is almost completely accurate and that learning to play a Mellotron isn't a matter of anything as pedestrian as a mere musical tuition. It's learning to live with a mechanical personality capable of great power and great beauty, but which is also capable of incredible tetchiness, huge irritation and which can generally take the huff with you over slights you never knew existed. But you persist, because the moments of beauty get better and better the more you can learn to avoid the latter. (Actually this sounds similar to a description given of the last composer named on the album 'proper'. We'll get to him in time.)

So anyway...to my dream. Robert Fripp once famously wondered what Jimi Hendrix would sound like if he were to play the canon of Béla Bartók on his electric guitar. I have wondered also what the music of Gustav Holst would sound like played on a Mellotron. Not just led on a Mellotron, or phrased on one, but played in its entirety on one. Fripp's unit tried this in 1969, fell foul of Gustav's estate and had to make do with a slightly watered down version that they had to rename. I'm not sure I'm going to be bound by these dull kinds of law so I'm steaming ahead. I wanted to make an album of classics and play it only on the Mellotron. No half measures. Let's just see if it can actually carry the music we all love and which may have indeed inspired us to add the sounds of the Mighty Tron to our musical arsenal in the first place.

As a listener, my only request to you is to give this music a chance. Listen to it properly. Give it some. Play it loud. Turn up the bass. Try and absorb what it has to offer. I may be playing it but that only makes me the conduit for the genius that lay in the minds of Gustav, Tomaso (and Remo), Samuel, both Johanns, Ralph. Richard, Edward, Ludwig and George. Their combined thoughts from over the last three centuries persist long after their bodies have become dust.